Interludium A was composed in 1982, two years after the democracy movement in Gwangju was crushed. This was a matter of profound concern to Isang Yun, who in the late 1960s, had himself been victimized by the political despotism of the military regime in power at the time.

“A composer cannot view the world in which he lives with indifference. Human suffering, oppression, injustice . . . all that comes to me in my thoughts. Where there is pain, where there is injustice, I want to have my say through my music.” – Isang Yun, 1983

The realtime visualization of this piece starts out from visual associations with the sheet music and piles up a complex geometrical structure, the individual elements of which are subsequently dynamized by parameters directly derived from the live sound of the piano.

Like a huge skyscraper complex or construction plans of a futuristic urban machine that plunges into a dark night mood with the quieter passages – deserted, technocratic.

But again and again, with certain frequency and dynamic ranges of the music, distinct light and colour moods appear within the structures. 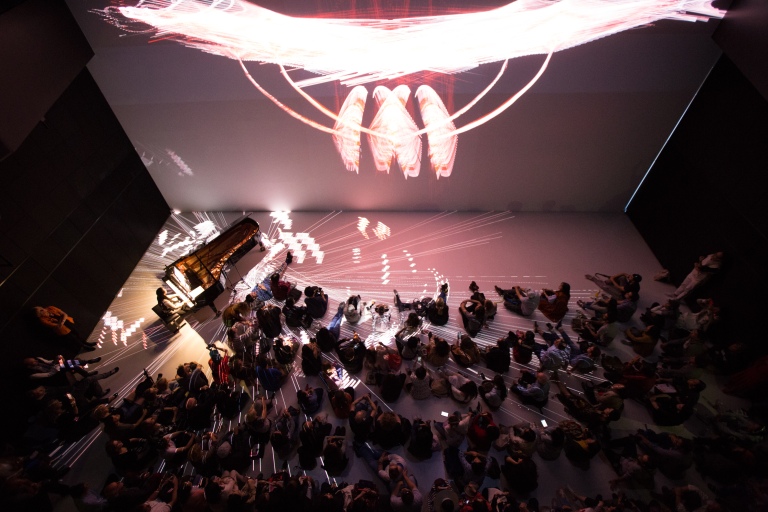 The special features of Deep Space 8k with its high-resolution projection screens on the wall and floor are used to create two different perspectives of the structures and dynamics derived from the music. 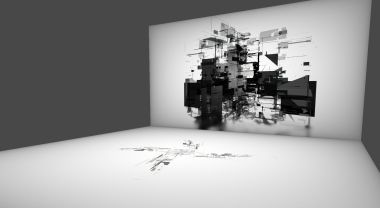 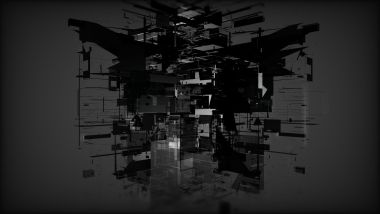 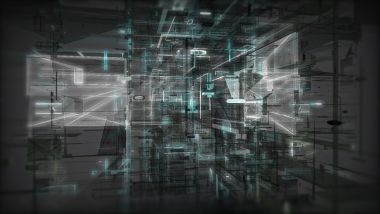 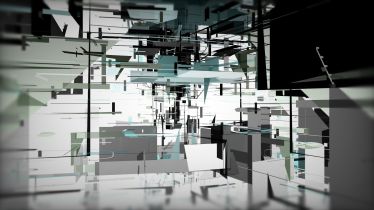