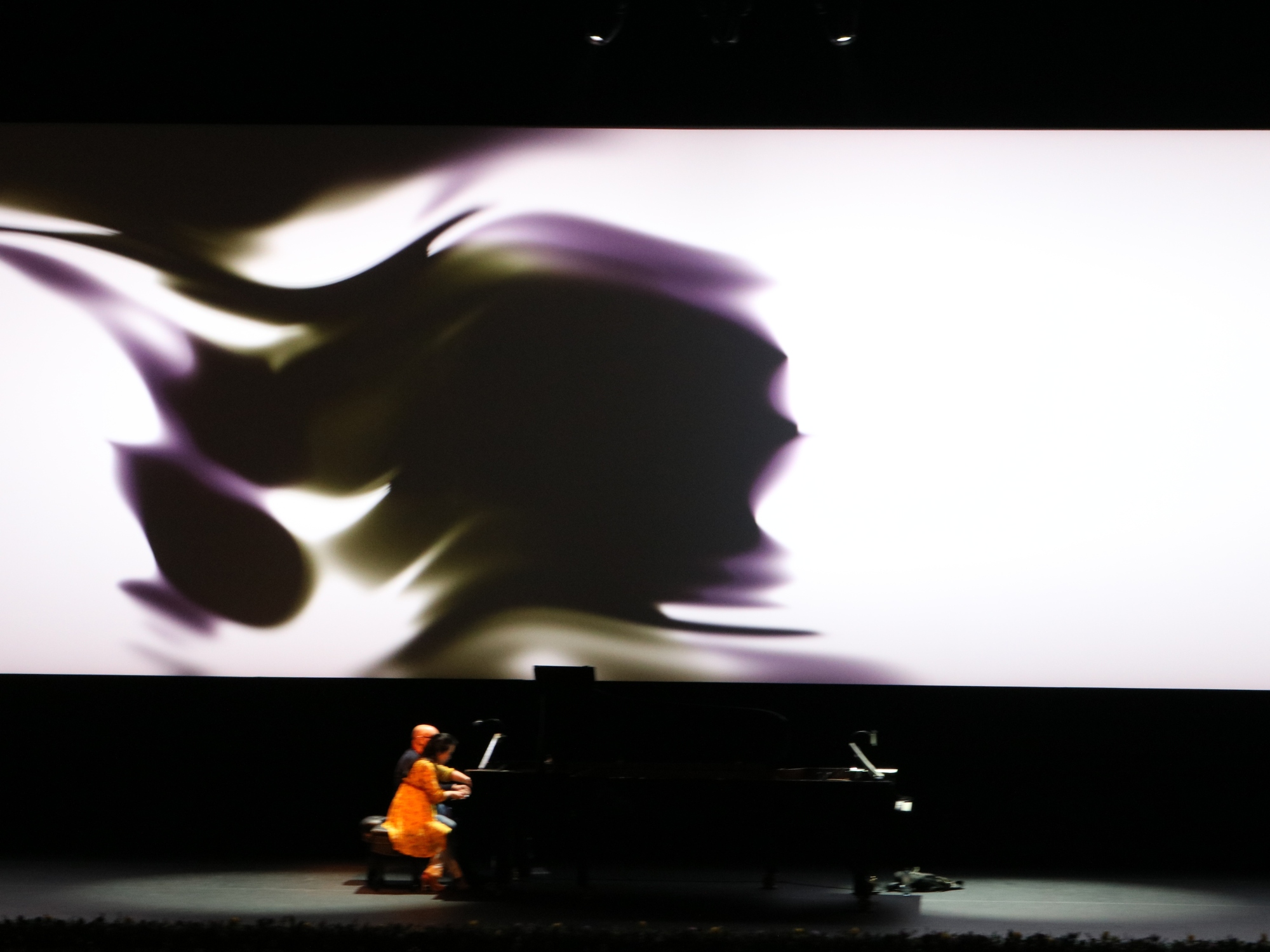 the audio recordings are from a rehearsal, so please apologize the sound quality
visuals are made for two-screen panoramic projections (3840×1080)

The original four-handed piano version was composed by Ravel between 1908-1910 telling stories inspired by Charles Perrault’s fairy tale collection “My mother, the goose”. Originally composed for the children of his friends, Ravel soon also made an orchestra version, and a ballet.

Sleeping Beauty, Little Thumb, the Empress of the Pagodas and Beauty and the Beast are the fairy tale characters behind the individual parts of „Ma mère l’ Oye” concluded by a grand finale in the Garden of the Fairies.

In 2016 Ars Electronica coproduced with Abu Dhabi Festival and LA-Phil a large scale visualization for the orchestra version of Ma mère l’ Oye. The work premiered in February 2016 at the Walt Disney Music Hall in Los Angeles, conducted by Esa Pekka Salonen, with the LA-Philharmonics. This version was also presented at Ars Electronica 2016 with the Bruckner Orchestra Linz under Dennis Russell Davies.

Due to the very big sonic differences of the sounds from the piano compared with the full orchestra but also because of the differences in interpretation, the visualisations from LA had to be largely modified for the performance with Dennis Russell Davies & Maki Namekawa.

Different in its graphical style, the Abu Dhabi visualisation also follows the original idea of „Klangmalerei“ (painting with sound/music) which is an often used term to describe the very special character of Ravels music. All the frequencies and dynamics from the piano-sound are literally converted by the computer-algorithms into paint and brushes directly connected to the live music. Abstract forms sometimes reminding to calligraphy, landscapes, mountains, ocean storm or rippling waves on a river appear, move and morph into each other. 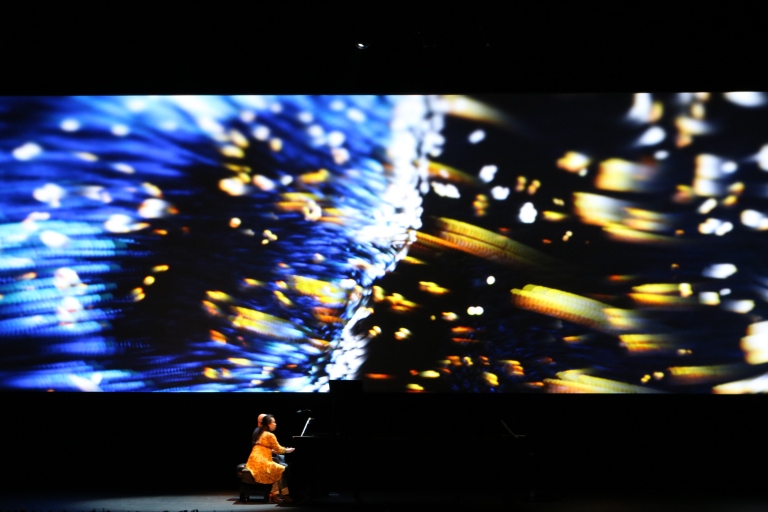 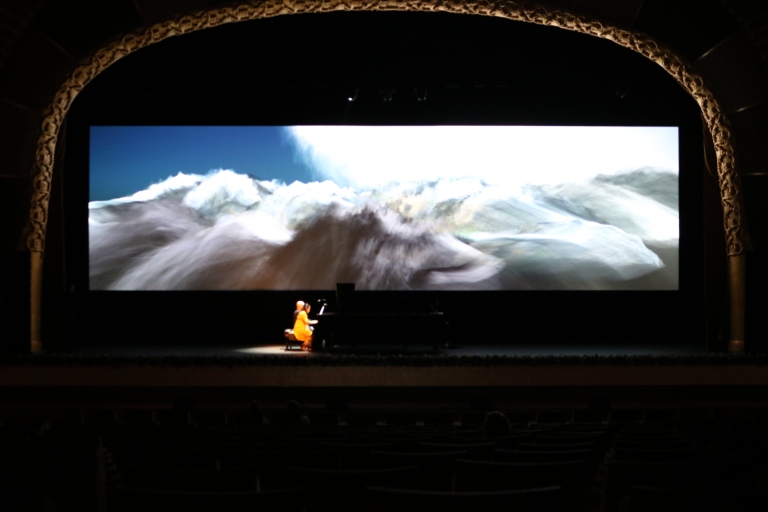 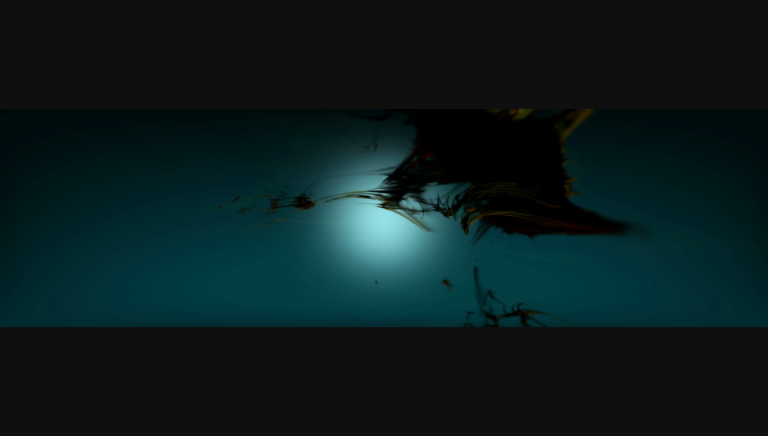 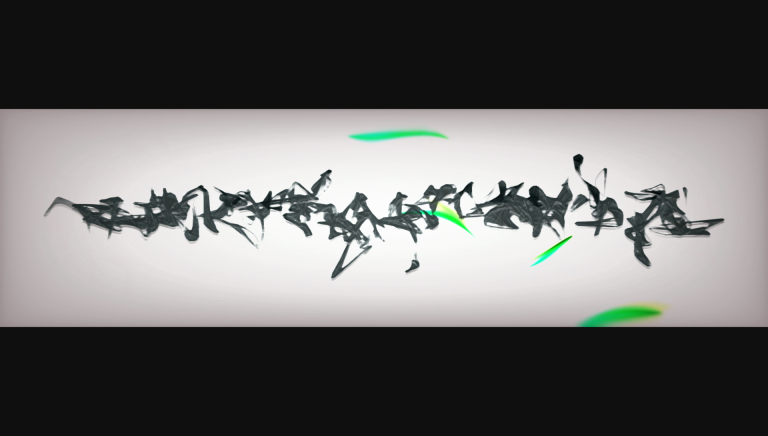 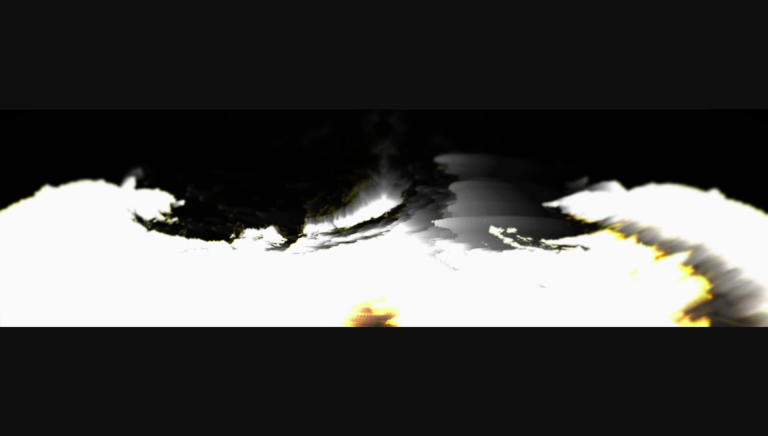 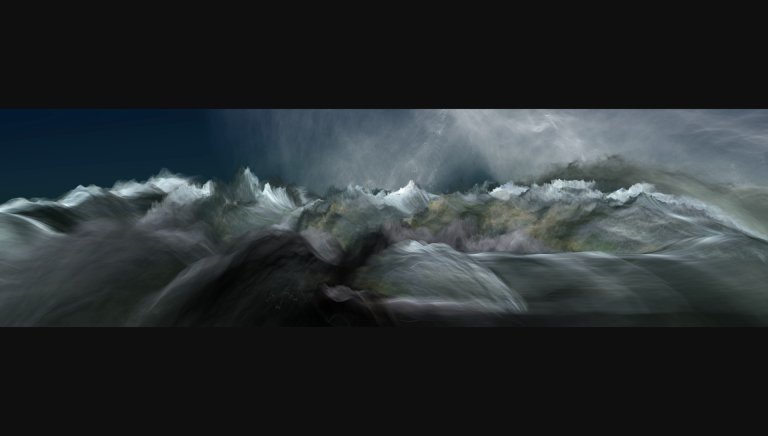 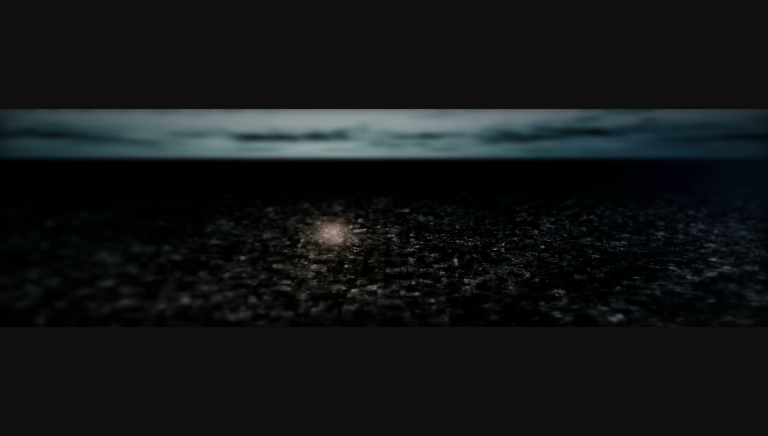